Jose won over the judges with his signature dish, "Analogy" – roasted lechón pork belly, shrimp bogoong paste, pandan rice cracker, latik caramel, and tamarind powder. “What encouraged me to pursue this competition was the fact that it was substantially about using culture and humanity as our vessel to move forward and prevent the earth from its endangering concerns."

“I am so humbled that what I believe in makes sense, and it was appreciated by the biggest culinary icons - Danielle Alvarez, Christine Manfield, Peter Gilmore, Dan Hunter, and Jock Zonfrillo. “More than ever, I’m driven and hungry to express my thoughts through food, not only to the Pacific, but to the world, and am very excited to collaborate with all the brilliant minds at the Finale,” said Jose.

To reflect S.Pellegrino’s belief in and support of, the transformative power of gastronomy and its impact beyond the kitchen, the following three awards have been introduced to the competition to complement the existing S.Pellegrino Young Chef award:

The S.Pellegrino Young Chef winner of the Pacific Region, Jose Lorenzo Morales will go on to compete in the Grand Finale, alongside the 11 winners of each of the other Regions.

The Grand Finale will be held later in Milan in 2020. All of the winners of the additional three awards will also be invited to attend the Grand Finale as guests, affording them another opportunity to network with some of the biggest names in gastronomy from around the globe.

At the Pacific Regional Final, the Young Chef contestants had five hours to complete their dish, which were then presented to the judging panel, a line-up of five of the finest culinary names in the country - Peter Gilmore, Executive Chef at Quay (Sydney); Jock Zonfrillo, Chef and Owner at Restaurant Orana and Bistro Blackwood (Adelaide); Danielle Alvarez, Head Chef at Fred’s (Sydney); Dan Hunter, Chef and Owner at Brae Restaurant (Victoria); and Christine Manfield (Sydney), a leader in the hospitality industry. 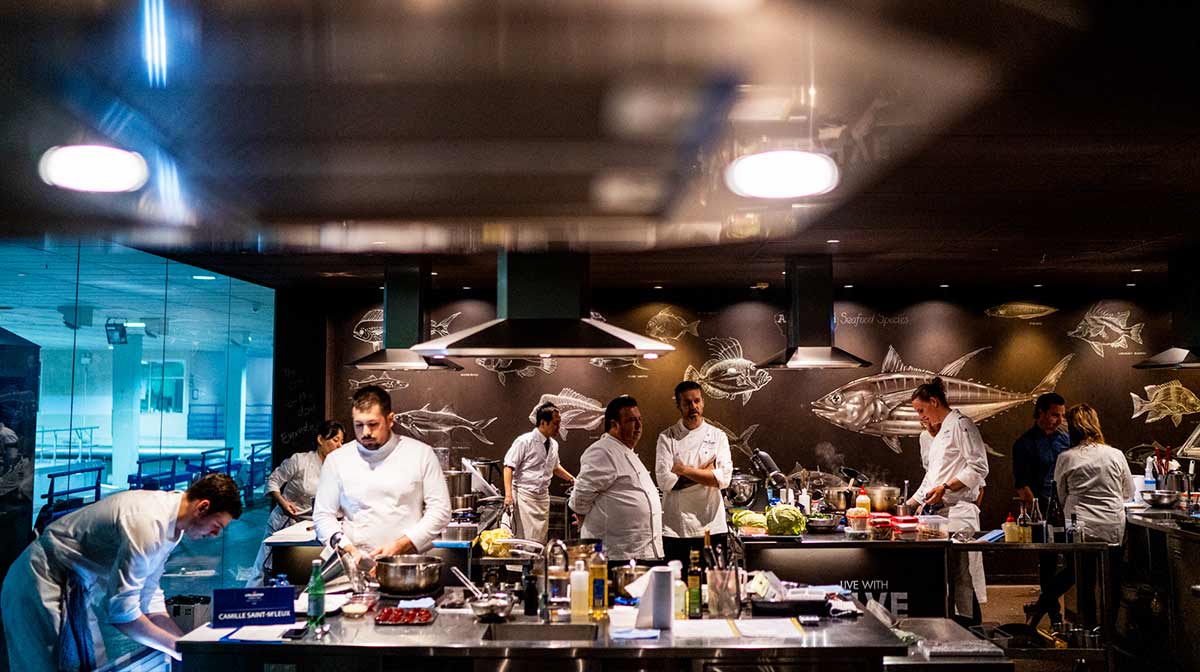 Bookmark the page www.sanpellegrinoyoungchefacademy.com to find out all the winners of this exciting culinary competition as the Regional Finals of S.Pellegrino Young Chef 2019-2020 unfold around the globe.

Learn more via our social media channels on Facebook and Instagram, and by following #Sanpellegrino and #SPYoungChef.